527% growth in one year for any company or business is the stuff dreams are made of. Even 100% growth would be cause for serious celebration. Over 500% though? What kind of strategy did this auto repair shop use to grow that much?

What if I let you peak behind the curtain — only to discover that what this auto repair shop did to market themselves was something you can do too. These results are attainable with the right plan.

What does your annual bottom line look like right now for your business? Picture that number, then multiply it by 100%. Or even 200%. You too could find your business throwing a party one year from now celebrating four fiscal quarters of gains.

Below are three examples of auto repair shops Today’s Local Media has worked with over the past few years. Putting our expertise to work for them, they have each seen serious gains in online traffic – which has translated into real profit.

In some cases, our marketing teams has even had to pause our strategies on behalf of a client because they simply received too much work to keep up with. Not a bad problem to have.

Motorwerkz launched onto the scene as brand-new company in January 2017 in Duncanville, Texas. To see their business today, you would be surprised they are less than 5 years old. When they began, they focused on European cars, but have since expanded to local and luxury brands including BMW, Mercedes Benz, Volvo, Volkswagen, Lexus, Audi, Land Rover, Porsche, Jaguar and Infiniti.

Today’s Local Media built the website, manage Local SEO, and manage AdWords. In January 2017, their website was completely new and received little traffic. Today they are ranked #1 on most keywords relevant to their business in the area. That transformation was achieved in the span of about one year.

Not only that, but from January 2017 to March 2018, Motorwerkz realized a 3896.46% increase in search visibility. In the online marketing space, rankings and visibility are key. We can almost always guarantee that when a business’s visibility increases that much, their profitability does as well. 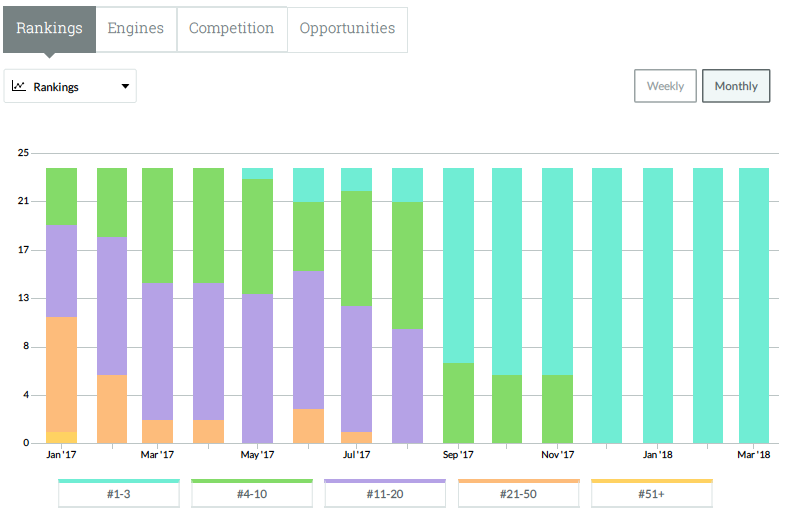 For example, in January 2017, if someone searched for a keyword such as “Audi service Duncanville” or “bmw repair Duncanville,” the Motorwerkz would probably be between the 21st to 51st isting to appear.

However, in March 2018, it would be in the top 3 on the same Google search, beating out almost every other related business in the search.

Tracking a number of keywords over time, searches in the area for repair and service for Audi, Jaguar, Volvo and Mercedes in Duncanville show Motorwerkz at the top of the search almost every time. Motorwerkz is a client we have seen become overwhelmed with new business due to working with us and engaging our online marketing. Your company, business or idea could be next.

Regarding reviews, to date, Hance’s European has received a 4.9 out of 5.0-star rating while hauling in well over 150 reviews. 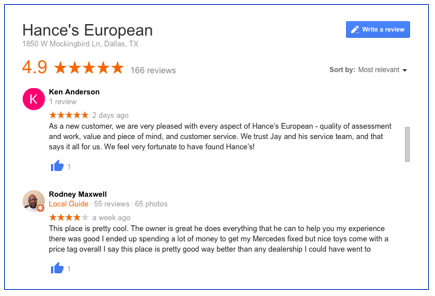 After a few months of steady reports like that, you can be sure they started sleeping better at night. Notably, between March 2017 and March 2018, Hance’s European realized a 110% increase in organic traffic while working with Today’s Local Media. In a one-year period, they gained incredible results utilizing Google AdWords.

Engaging and tracking specific keywords, Today’s Local Media set Google AdWords algorithms to work to bring Hance’s European to the fore of relevant searches in their space. Not only did their search rankings increase, but they moved into the top spots for searches for searches including Mercedes, Jaguar, or Audi service in their area.

Since July 2016, Hance’s European has reported over 1,100 first time callers!

In October 2015, Bimmers Only launched as a new company on the high-end car scene in Dallas. With two locations in the Dallas area, they focus on BMWs and Mini Coopers. Today’s Local Media built the website and manage Local SEO.

Over the last three years, working with Today’s Local Media, Bimmers Only has seen a 12,401.16% increase in search visibility. Engaging and tracking 24 Keywords, they have moved out of the bottom rankings in the 20s to the 50s.

Today, they enjoy ranking primarily in the top 10 listing positions on relevant searches to BMWs in Dallas. 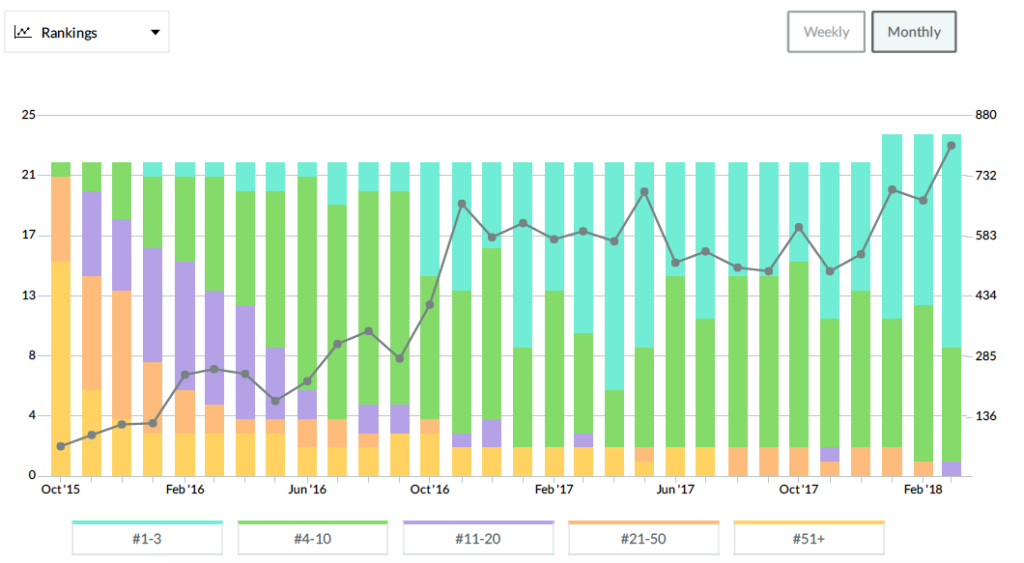 Regarding their online presence and marketing strategy, March 2018 looks very different for Bimmers Only than it did in October 2015.

Engaging and tracking keywords relevant to BMW in Dallas, Bimmers Only shows up in the top spot nationally for searches such as “bmw repair service dallas” or “reputable BMW service dallas.” Top spots in searches translate into traffic to webpages. Traffic to your webpage can translate into new customers for your business.

Any savvy BMW owner in the greater Dallas/Fort Worth area will easily find Bimmers Only online. Whether repair, service, or purchase, Today’s Local Media works hard to keep Bimmers Only on the top of the search engine listing for any and all local BMW aficionados. Today’s Local Media can do for your business what we’ve done for Motorwerkz, Hance’s European, and Bimmers Only. One year from now, you too could be sitting in your office looking over a spreadsheet of month-to-month consistent gains.

Today’s Local Media just might be that marketing partner you always wished you had. We are professional and courteous in our client relationships, yet strategic and aggressive when it comes to getting the job done.

Try Today’s Local Media for your company or business. For one year put us to the test. We believe that with us in your corner, your company, business or enterprise will begin to see traction you may never thought possible.

Online marketing is our specialty. Get in touch with us today.